WHILE awaiting the arrival of his newly ordered set of Devon Peterson’s Type 2 darts, Darts World’s review specialist spoke to the ‘African Warrior’ about the importance of his equipment and how it has developed over time:

Devon, currently ranked at no.25 by the PDC, has tried and tested his fair share of equipment over the years. Experimenting with every aspect of his setup, he works hard to ensure that the equipment he uses allows him to play at the very best of his abilities. Whether changing the points, stems, flights or barrels, every combination is unique to him, making for truly remarkable setups that fit the ‘Icon’ persona Devon has created for himself.

While a sizable change from the Phase 2 darts he’d become accustomed to using, the Phase 5’s enabled him to experiment with an alternate style, which appeared to work wonders! In just 18 months of use, he managed to reach the PDC World Championship, back in 2011, as well as earning his two-year Tour Card straight after! 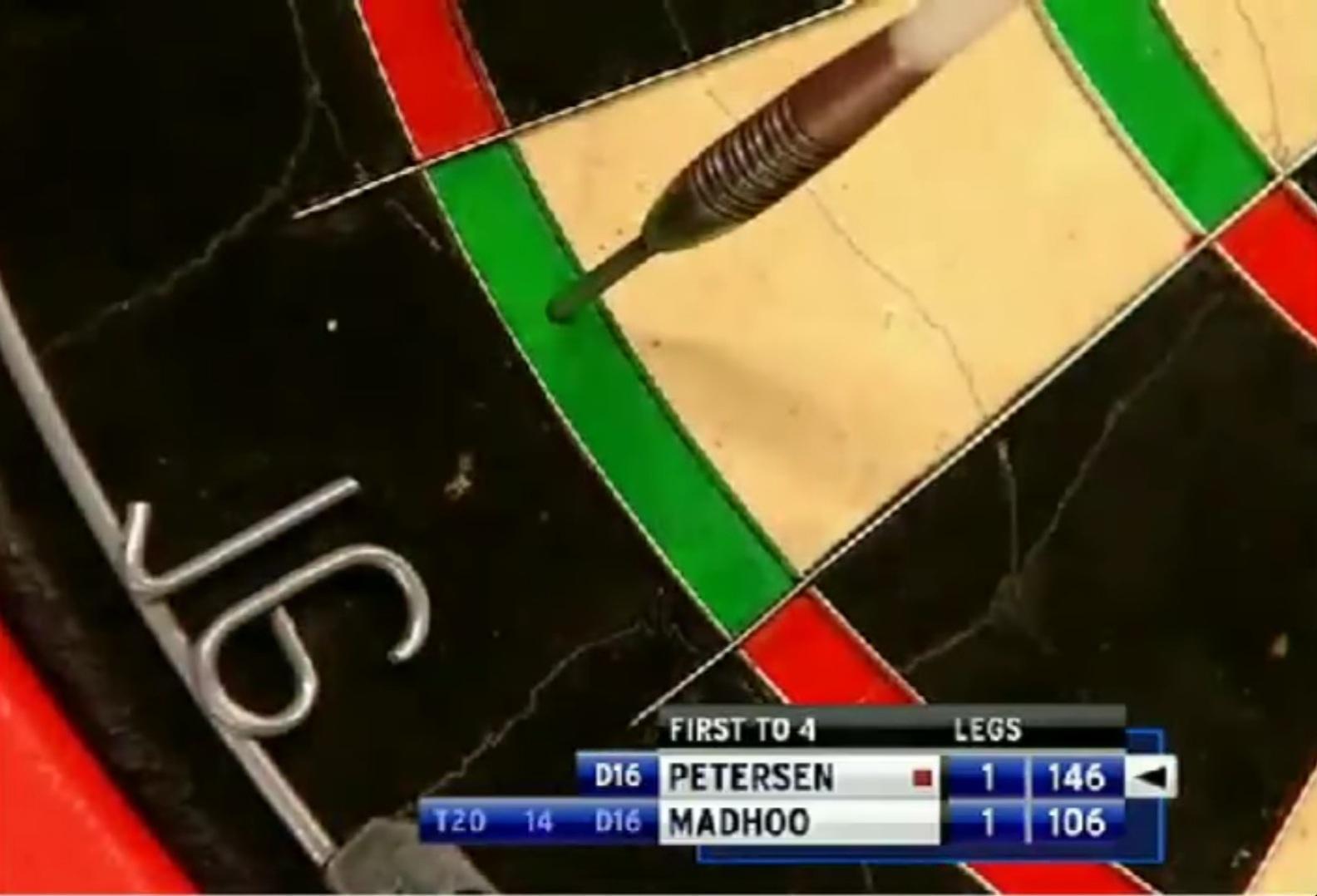 Eventually deciding the bomb shape wasn’t right for him, Devon invested in a set of darts designed for his future Unicorn team-mate – Wez Newton. While offering slightly less grip than his prior sets, Wez’s darts became Devon’s platform for his own design of dart, and act as a guide for the designs to follow. 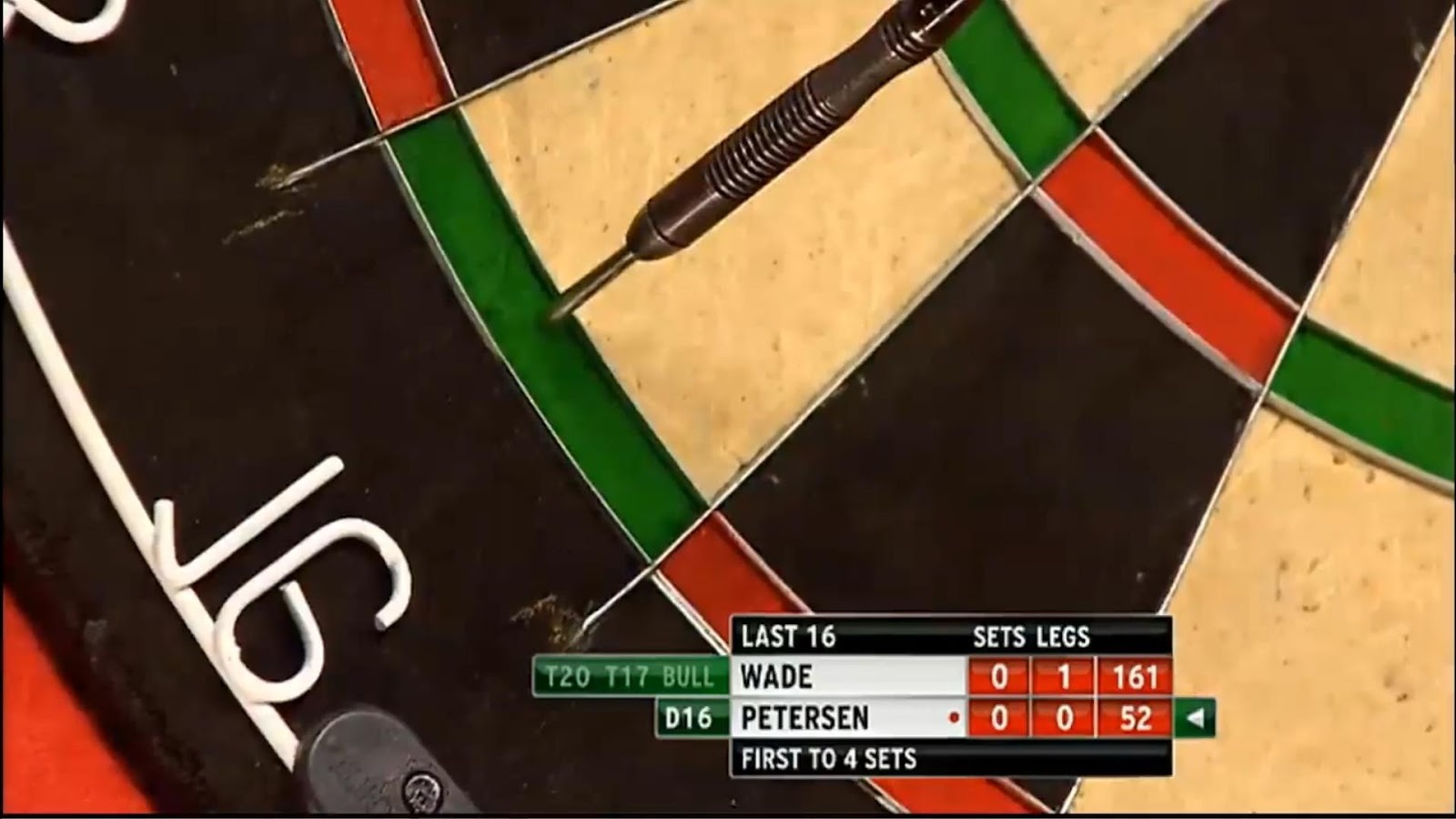 Shortly after signing with Unicorn Darts, Devon’s first ‘Contender’ darts were released to the general public. An extremely popular, and still highly sought-after dart, they quickly became a best-seller right up until they were discontinued around 2018, with the release of his updated barrels.

Drawing inspiration from the Wez Newton Contender darts he’d been using prior to his sponsorship, he kept the profile of the dart relatively similar, with just one drastic change – the addition of a rear scallop. Devon informed me that the “scallop was designed to give me [a] consistent grip position, and that was all I needed”.

The grip itself was also left mostly unchanged, employing a similar thin-ring grip as on the Wez Newton Contenders, which offered Devon a suitable grip, without sacrificing the smooth release that he relied heavily on. A black PVD coating was also added to the barrels, which I was told was to make the darts “different”. “Everyone wanted the gold, [but] I felt like that was too shiny”. 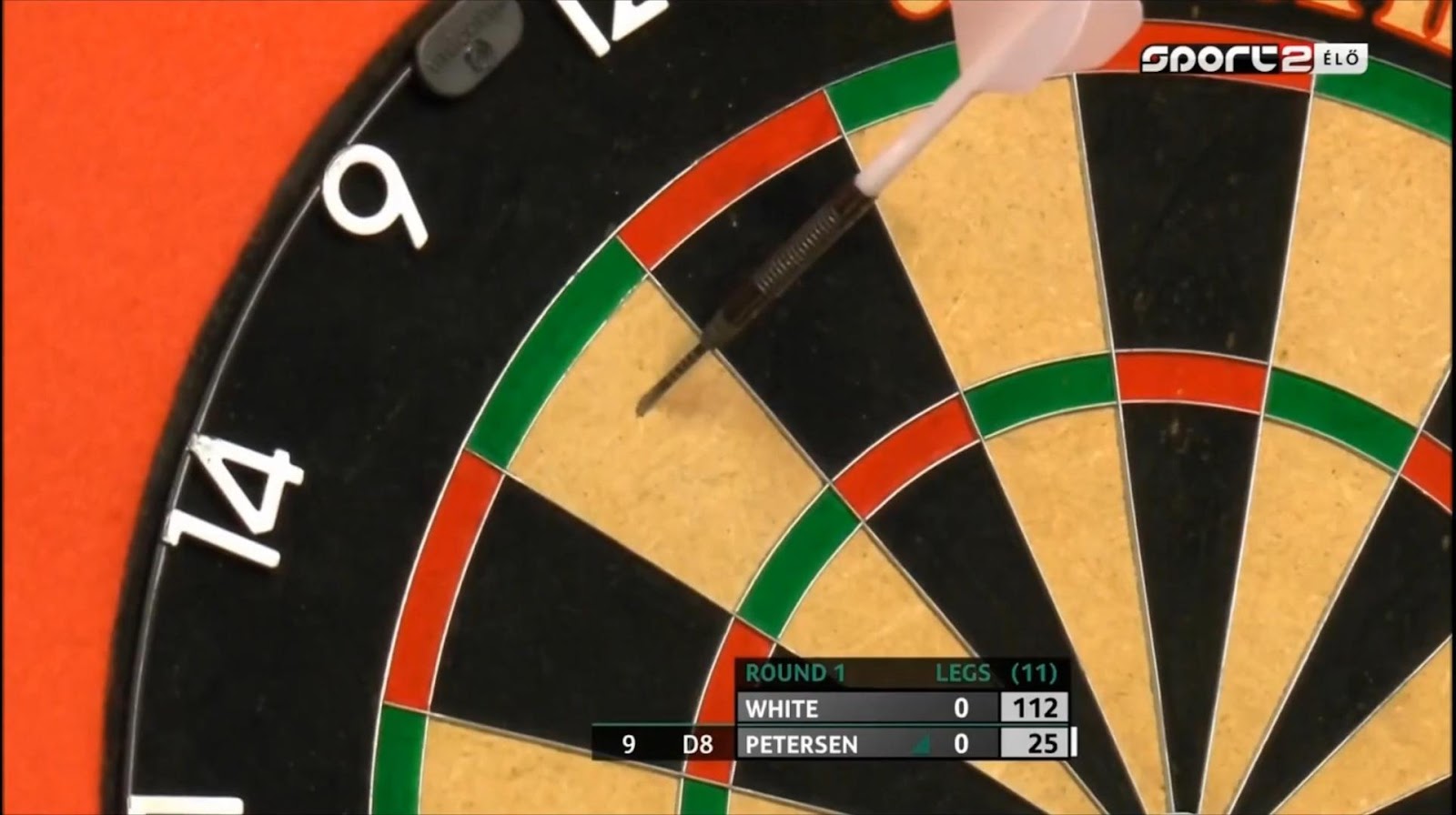 Released as part of Unicorn’s 2019 range, Devon opted for a few changes – prioritising grip over ease of finger placement. “The barrel needed to change”, I was told, “as my grip slightly changed”. Explaining the removal of the scallop, rather than simply re-positioning, he revealed that “the scallop didn’t feel as comfortable as before”.

The thinner ring grip had gone, replaced by a sharper, aggressive razor grip at the centre of the barrel, as well as on the taper. The taper itself was also susceptible to change, having lost the gradual curve, in favour of a more aggressive style, angled directly towards the point. “The razor grip gave me a better feel when releasing the dart”, Devon said, “in my head, I had a visual of how I wanted my dart to land, and it was achieved with this grip”.

While also changing barrels, Devon also experimented with various setups in his brief stint using his second Contender darts. At this point Devon would switch to a longer point, preferring the 38mm Unicorn ‘5-Ring’ points. These are the same points he uses today on his Trinidad Type 2 darts. He would also experiment with various flight and stem combinations, eventually settling on his beloved Condor all-in-one setup. 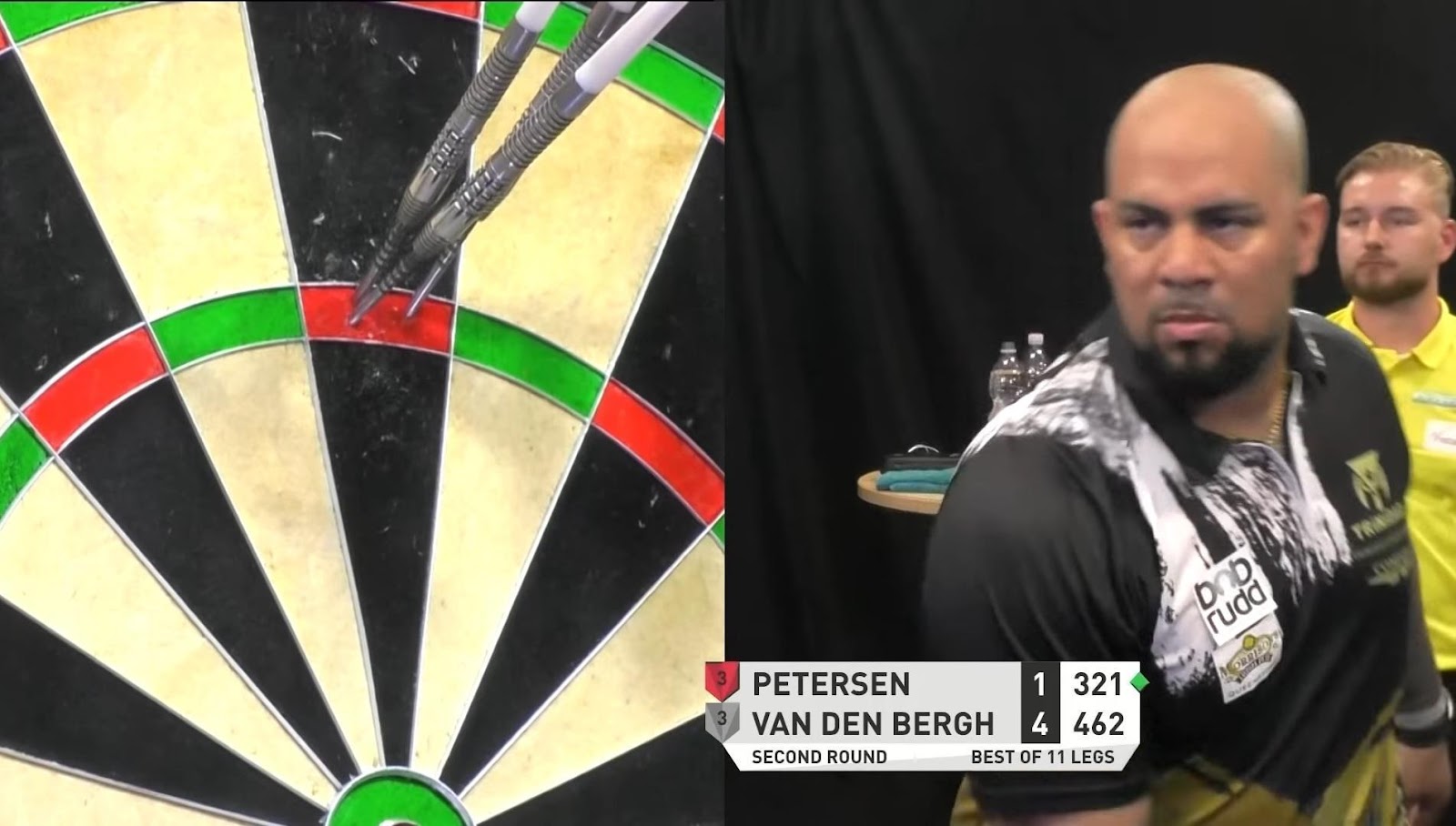 Having made the switch from Unicorn to Trinidad, Devon once again had the chance to ‘change things up’, in terms of the equipment he uses. “The [switch] from Unicorn Darts to Trinidad had loads of changes to [the equipment I use, while] some things remained[, such as the] razor grip for control, and tapered front for finger positioning”.

The production of his new Trinidad darts resulted in a completely new opportunity for a set of his darts – cosmetic alterations. With the taper and rear grip having been perfected by Devon, the centre was left untouched. With a blank canvas, Devon and the Trinidad design team added a dual-ring grip, with eight longitudinal cuts running through, to create an equally aggressive style of grip as the rear section, opening the dart up to ‘front-grippers’ when they came to market.

These were the first set of Devon’s darts to have been made without a coated variant, with the new sponsor perhaps signifying a new era for the ‘African Warrior’. He would also have his own ‘Icon’ Condor flights created to go with the darts, creating, in my opinion, one of the most aesthetically pleasing setups in professional darts. 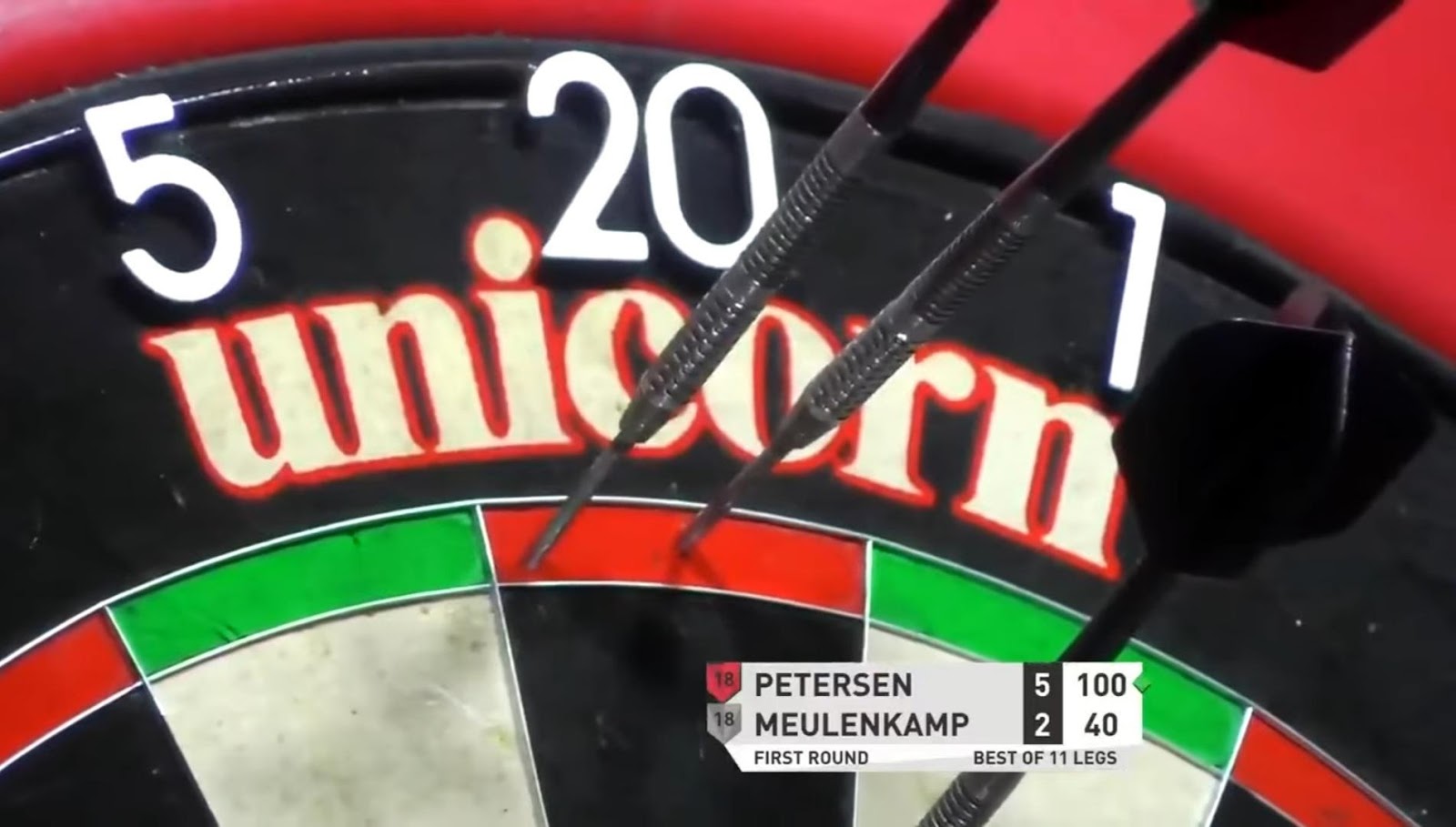 For his Type 2 barrels, Devon had just one thought in mind – to perfect the feel of the dart. “Some people think I’m crazy”, he explained, “but I feel a dart travels more direct and consistent when you can be more aggressive in games”. He went on to say “the dynamics of the new dart is amazing, and coupled with the new flight system – it’s a partnership made in heaven”!

The changes Devon has made are clear to see. The darts are longer – much longer! An additional 4.2mm has been added to the Type 1’s, bringing the length to a staggering 55mm! As a result, the rear razor grip had been extended towards the rear of the barrel, with the balance having been shifted slightly back towards the centre of the dart.

The Type 2’s mark a return to the black PVD coating, while also introducing a new ‘Honeycomb Grip’ (Devon’s words – not mine!), toward the front of the barrel. Devon sticks to the Condor flight system, introducing a new ‘African Warrior’ design, progressing from the ‘Icon’ design used throughout 2020.

A huge thank you to Devon Petersen for assisting with this pet project! As a darts collector and enthusiast, I’ve always been intrigued by the setups professional players use, and their reasons for doing so.

The idea of the ‘Equipment Evolution’ series has been in my mind for a long time now, and I’m extremely excited to share it with Darts World readers. Please tweet me at @JoeReid180 with your thoughts on this – I’d love to know what you think, and if there are any players you’d like to see next!

Stay tuned – my review of the new Trinidad Devon Petersen Type 2 darts will be coming soon after they hit my doormat. —–ENDS—–